A Universal ID Won’t Work. It Could Jeopardize Election Integrity

The stakes for politics and privacy are too high

As we approach November, media concern about election integrity grows. Of course, not all of that concern is genuine. Whether you are from the school of thought that has no issue with voter suppression if it protects your priorities, or are all for pushing for more voters to register at any cost, lines have been drawn based on those leanings. They are not likely to change without a systemic change in voting, and maybe even voters.

But like voting integrity, concerns over walled gardens, the deprecation of the third-party cookie and Apple’s shutting down of mobile IDs, the ad tech industry is looking for a quick ideological response to the online targeting problem. The concept of a replacement, or alternative universal ID, would simply re-engineer current vulnerabilities and only exacerbate privacy concerns.

Forget the fact pulling of third-party cookies in the first place was in response to GDPR and then CCPA. The concept of a universal identifier may expose a brands most valued asset: its customers. Exposing a customer’s universal ID to the rest of the ad tech infrastructure risks exposing it to the competition, and in politics, a universal ID represents an unwelcome invitation, and an unacceptable vulnerability to voter integrity.

The problems with a Universal ID

The universal ID concept has two problems. First, the largest players—Google, Facebook and Amazon—have come to love their walled garden status. They prioritize their first-party data, if for no other reason than it is a barrier of entry to every other competitor, and a way for them to institutionalize their grip on brands. All other advertisers, including political advertisers, may think that a sharable individual ID might open these doors once again, but the platforms are going to hold on to the gift they were given by regulators for as long as possible.

Additionally, the consequence of ad tech firms being able to implement a universal ID is just a workaround, and it comes with great risk. A universal ID instantly bring back into focus a personal identifier, making people and clients a target.

Given the stakes of the 2020 election and the $1 billion that eMarketer projects political advertisers will spend on digital, it’s a question of when—not if—bad actors will strike to exploit a universal ID.

Unique IDs are much more secure

There is a difference between the universal and unique identifier. The concept is simple. Every person on every platform has their own unique ID. In this way, every demand side platform, customer data platform and corporate database becomes its own walled garden. A unique platform ID protects consumers, voters and campaigns in two ways.

First, unique IDs do away with the need for a central (vulnerable) clearinghouse of consumer profiles and voter information. Second, because of the sheer multipliers of IDs, platforms and people, there is no chain of custody to protect. Like a rudimentary blockchain, there is no point in sharing a unique ID. Campaigns don’t run the risk that vendors or platforms can compromise their data, or use it elsewhere.

The effort to construct a universal ID puts political campaigns and platforms in an especially precarious position with respect to their operations. Put simply, the universal ID of some single vendor would actually reduce unique voter coverage rather than expand it. The requirement to centralize around a single identifier sets up a cascade of matching exercises and timing challenges that would limit a platform’s effectiveness because they have to be in constant synchronization to work effectively.

Attempting this level of synchronization would undoubtably mimic the success—or lack thereof—of third-party cookies. In an industry like politics, syncs could take weeks, only to return lower match rates.

As a practical matter, you can’t win a race for state representative in Pennsylvania reaching only 30% of the voters. By using platform-specific identifiers, political campaigns benefit from higher match rates that are also actionable within hours. In turn, this level of performance gives campaigns better insight and flexibility into how to optimize targeting and better deploy political and brand dollars.

Ray has been at Semcasting, Inc. since its inception, leading the company in the development and commercialization of its automated targeting and data offerings. As an experienced innovator in content management, analytics and data visualization fields, Ray directs the day-to-day operations of Semcasting, Inc.

Labor Day in the United States signals the unofficial home stretch of the midterm election cycle. The primaries are complete, parties have chosen...

Where Are They Traveling To? 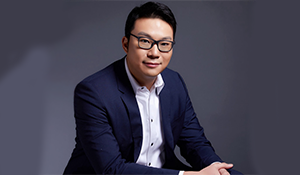